With this recipe I begin a new goal of cooking more international cuisines. I also have a new found love of bok choy. I’m sure I’ve eaten it dozens of times in restaurants, but found myself somewhat hesitant to cook it myself. Why did I wait so long? Same goes for soba noodles. This one easy, delicious dish opened a slew of new flavorful doors for me. How exciting! 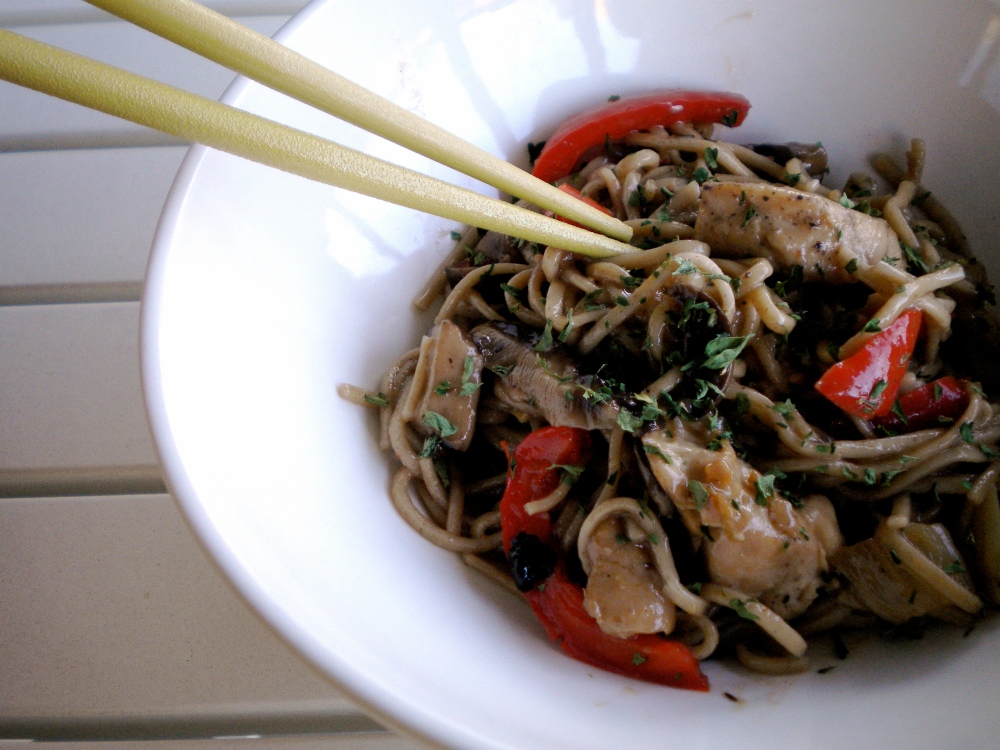